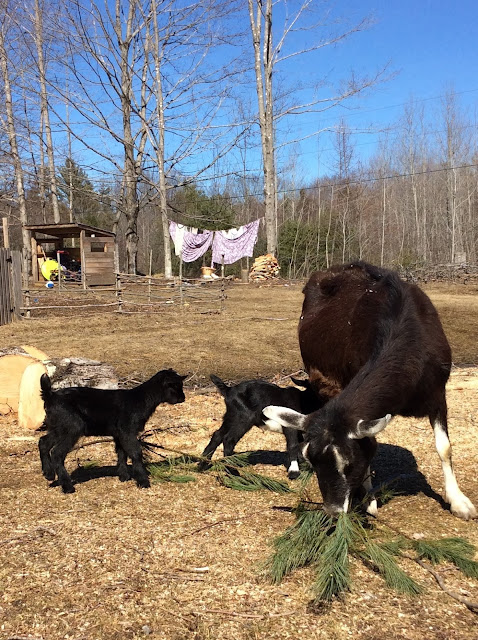 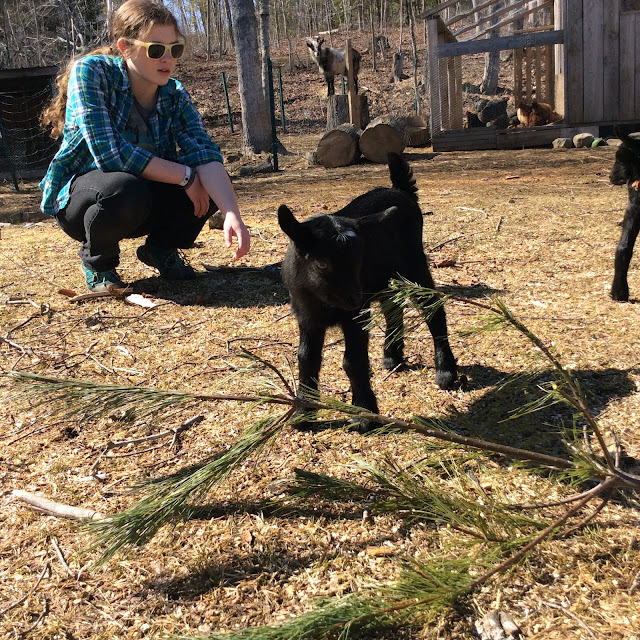 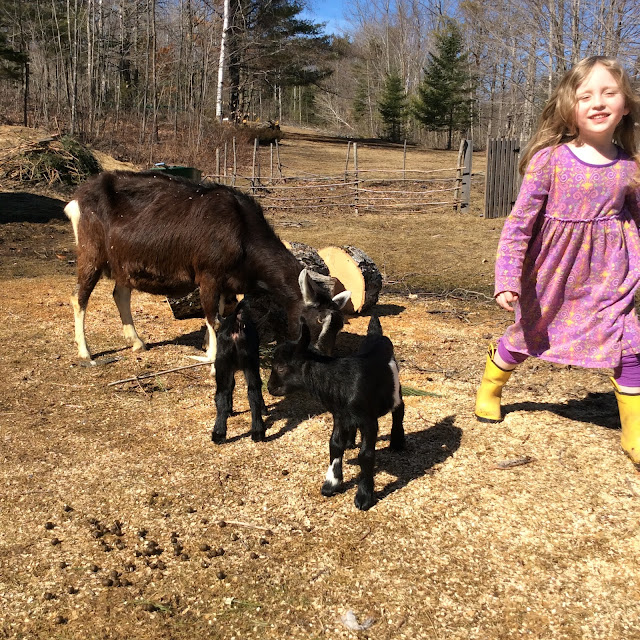 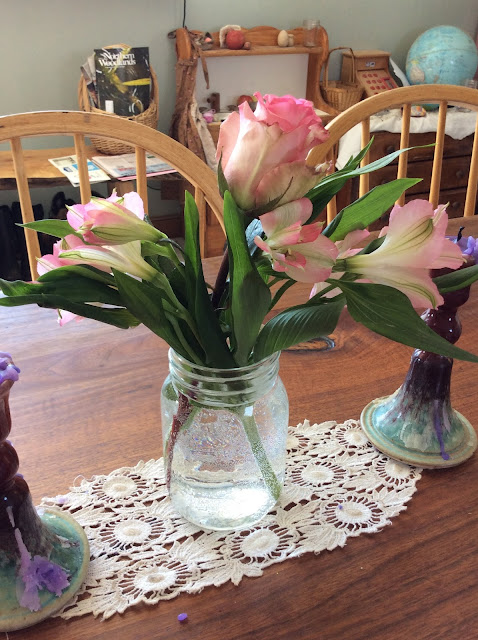 I treated myself to a $3.99 bouquet when food shopping on Friday and I am so happy I did.  Flowers make me feel so happy. 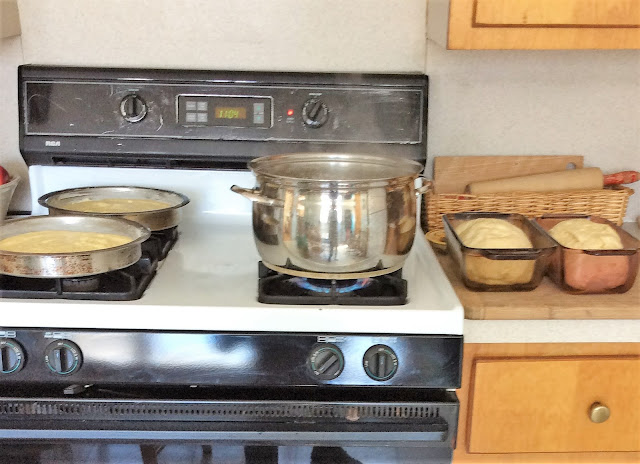 On Saturday, we boiled off some sap from Friday's run.  It was only about 3 gallons of sap, so we just did it on the stove.  I baked two loaves of bread and Abby made a cake. 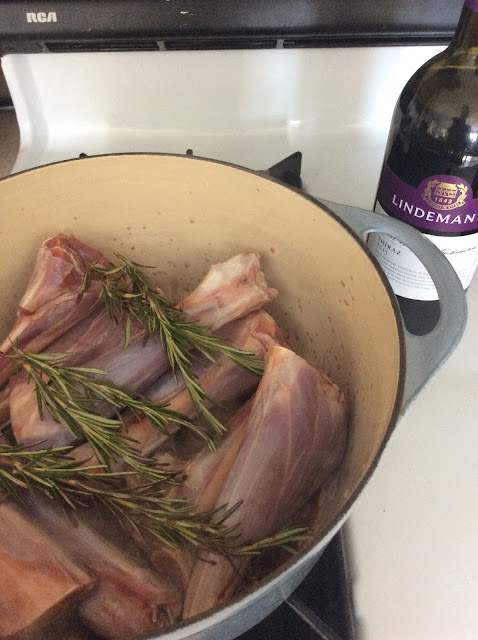 Part of our payment for working at our neighbor's organic farm on Tuesdays and Thursdays is food.  They had some local frozen lamb shanks which I have never had before.   They are cooking all afternoon today.  I also added vegetable stock, red wine, onions, garlic, potatoes and carrots. 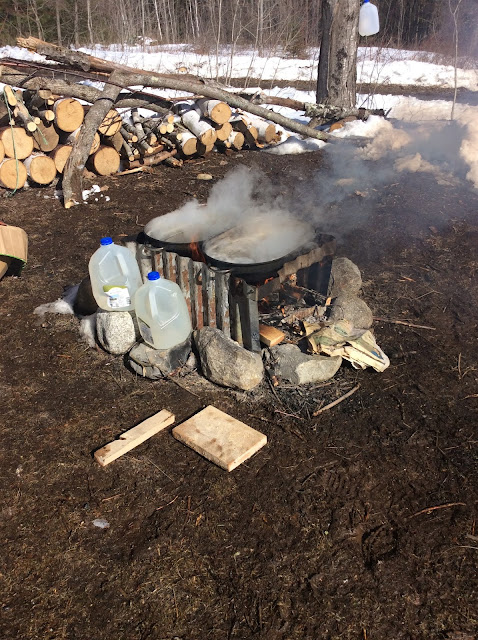 Yesterday and today the sap is flowing a bit more, so Mike is boiling the sap outside.  He made this from metal roofing and we have our roaster pans holding the sap and then we bring it into the house to finish it off. 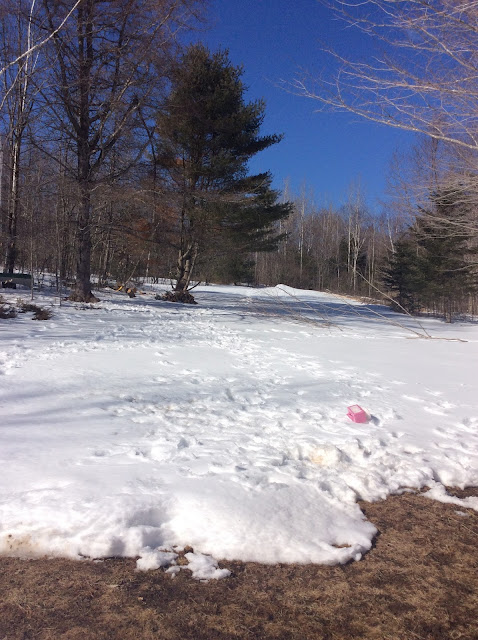 The view of our back yard today.  Tomorrow, though, is the first day of spring! 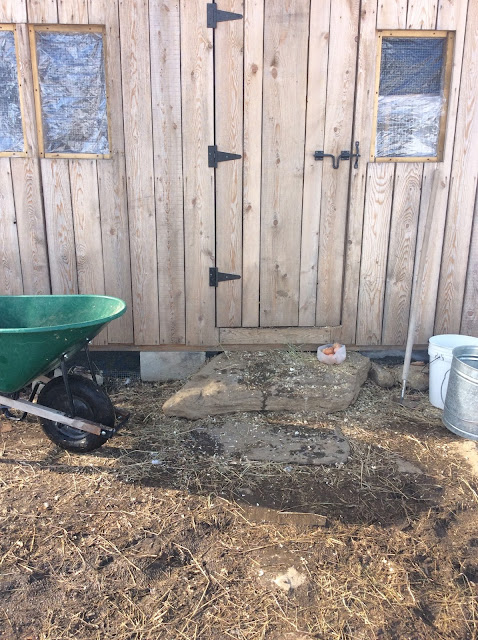 Today with it warming up a bit, I was able to clean out the chicken coop.

Wishing you a wonderful week ahead.
Warmly,
Tonya 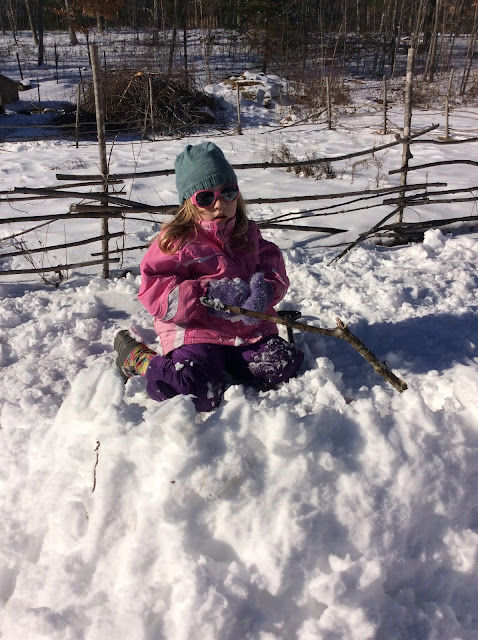 So our family has settled into our new little homestead here in Maine.  We love the house, the land, our neighbors, and our intimate church family.  However, our business has slowed down to the point in the last couple of years that we simply are not able to really "get by".  We have never gone hungry, but it just seems as if it should not be so, and not responsible to continue with such uncertainty.  We have opened ourselves up to the possibility that we are being moved in another direction.  While we keep our business going, either Mike or I will be working two days at an organic vegetable farm just one mile up the road.  That will help just a bit but really we are opening ourselves completely up to what God has to offer us in terms of vocation and employment.  To be honest, I am tired of being stressed about finances and wondering which bill I can pay on which day and if we are going to have enough sales tomorrow to go food shopping, for example.  I am tired of not being able to afford to go to the dentist.   I trust in God but I also know that we are to use wisdom and to listen.  So I open myself up and I pray for guidance and wisdom and for clarity that either our business provides or that new opportunities make themselves apparent.  So keep our family in your prayers and let me know how I can pray for you as well.

Warm wishes,
Tonya
Posted by Tonya Gunn at 7:51 AM 7 comments: 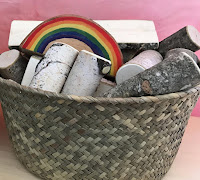